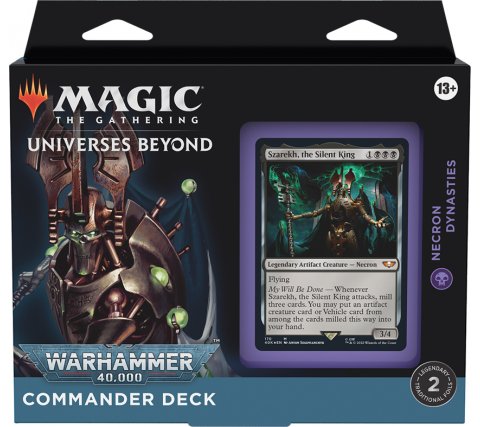 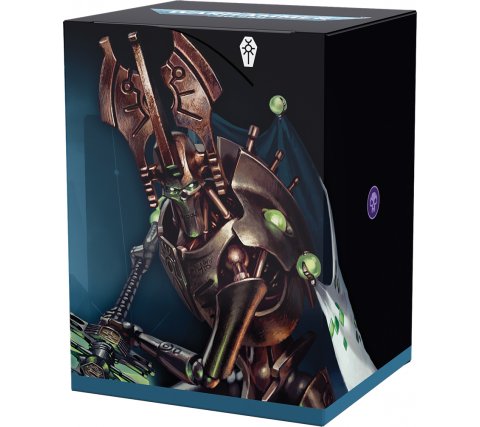 Necron Dynasties is the black commander deck from Universes Beyond: Warhammer 40,000!

With Universes Beyond, Magic: the Gathering expands into new worlds beyond the multiverse. Universes Beyond are unique collaborations between Magic: the Gathering and other well-known fantasy worlds such as Warhammer. Always wanted to fight the battle between the Space Marines and the Chaos Gods with beautifully designed unique Magic cards ? Grab your chance now as a Warhammer of Magic enthusiast!

Wizards of the Coast has designed a set of four brand new Commander Decks especially for Warhammer 40,000! Commander is a Magic: the Gathering multiplayer variant and has developed into one of the most popular ways to play Magic in recent years. Each player plays with a deck of 99 unique cards, led by a Legendary Creature: the Commander. An epic battle is guaranteed and thanks to the large amount of unique cards, the replayability is enormous!

This Universes Beyond: Warhammer 40,000 deck includes: 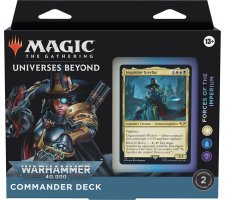 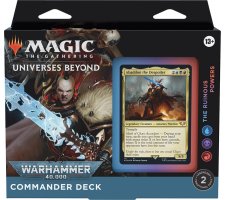