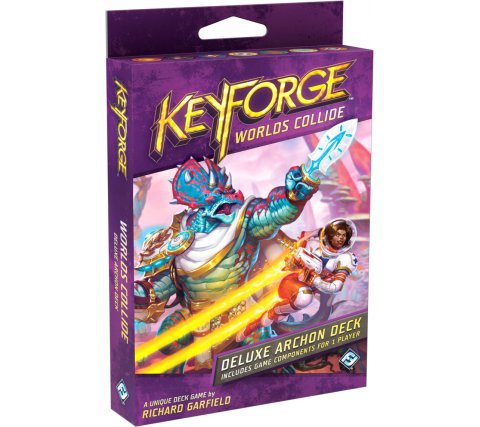 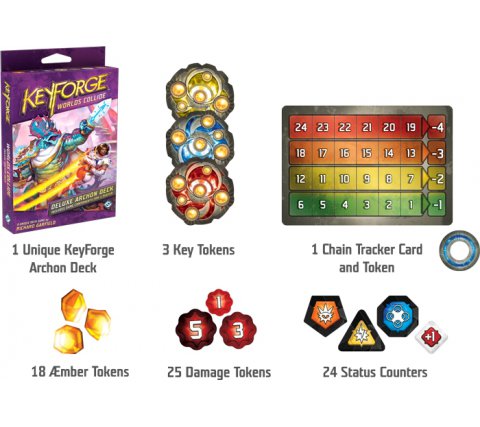 Combine and save money 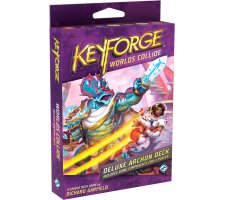 A year ago the world was introduced to the very first card game in which each deck is unique! Seven different houses went to war in 'the Crucible' and led by the Archons they were led to victory or defeat.

Now a year after the release of the first KeyForge set, there is the latest expansion of KeyForge: Worlds Collide! This set will shake up the Crucible with a large range of new cards for each house, innovative abilities and no fewer than two new houses will be introduced: the Saurian Republic and the Grand Star Alliance. Mars and Sanctum have to make way for these two new houses but it will not be the last time you have seen them. The Worlds Collide expansion consists of 408 cards, 284 of which are brand new and the other cards are old ones. This combination of new and old provides a fantastic new KeyForge experience.

A Deluxe version of an Archon Deck contains everything you need to start your KeyForge adventure today! A Worlds Collide Archon Deck, three keys, Aember shards, status tokens, damage counters and a chain with chaintracker.

A single-in-its-kind, ready-to-play, preconstructed deck that will continue to surprise you every time you open a new deck. Discover the treasures, allies and upgrades to find new ways to be the first to open the vault and win!

Each deck has its own unique composition; every game will play very differently. Your deck also has a unique QR scan code with which you can follow your deck in the KeyForge app and website. Here you can follow both your decks and those of other players, where you find your place in relation to the rest.

You can also easily find tournaments and follow the organized game of the game to bring you closer to your fellow players, as diverse as the Crucible itself! 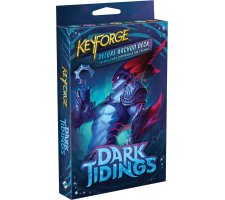 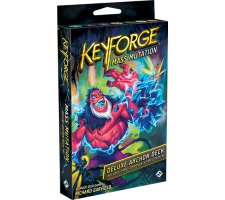