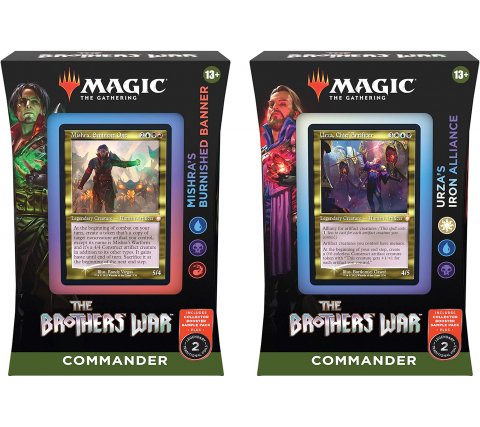 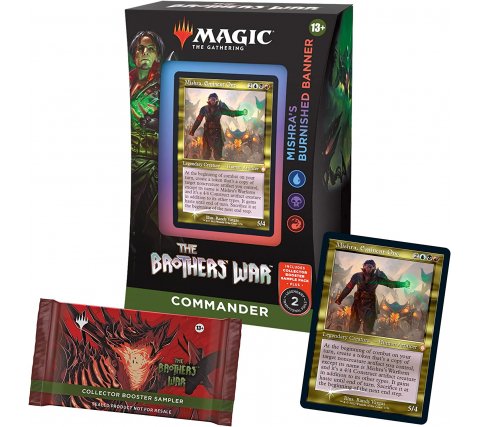 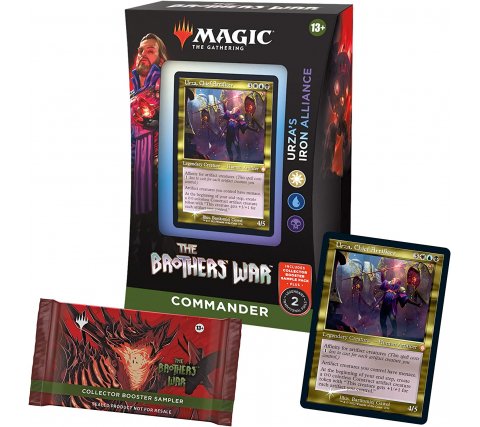 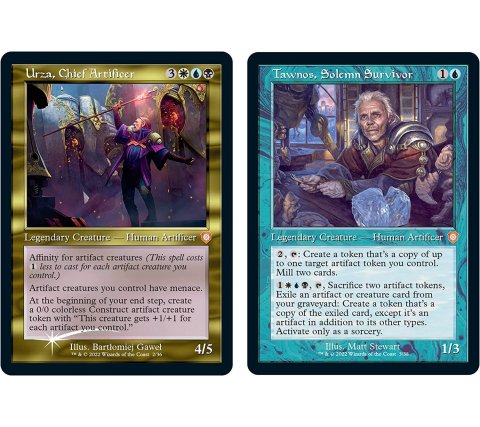 This is the complete set of the two commander decks from The Brothers' War!

Travel back in time to the war between two brothers: Urza and Mishra. The outcome of this epic battle will reverberate far into the future!

To support this popular multiplayer format, Wizards has designed these two new commander decks in the theme of The Brothers' War. The Brother's War took place decades ago and that's why every deck will be made entirely in retro-frame cards!

Each deck also includes a foil-etched display commander. A display commander is printed on a piece of thicker material and is the size of a regular Magic: the Gathering card. A wonderful replacement for your Commander on the battlefield!

These Commander decks also contain a 2-card Collector Booster Sample Pack in which you can find a nice taste of the great showcase cards from the set. 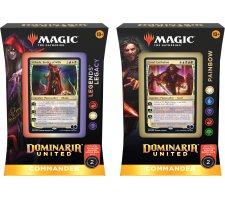 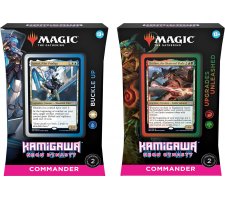 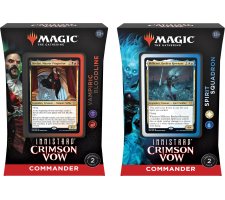 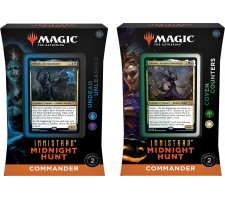 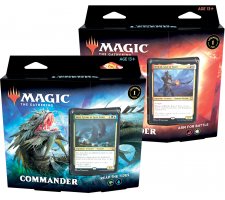