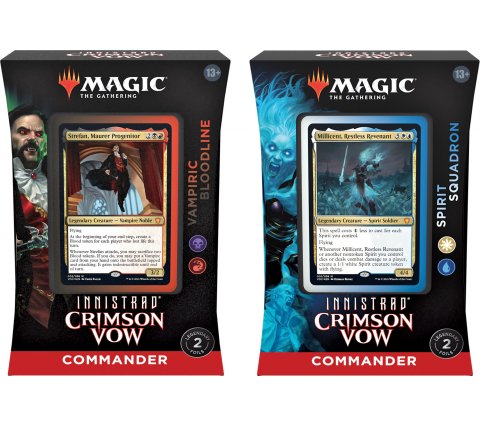 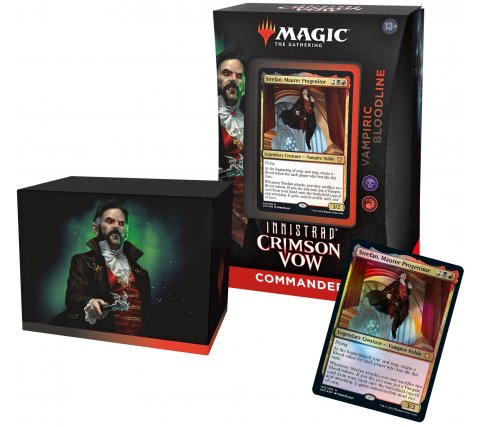 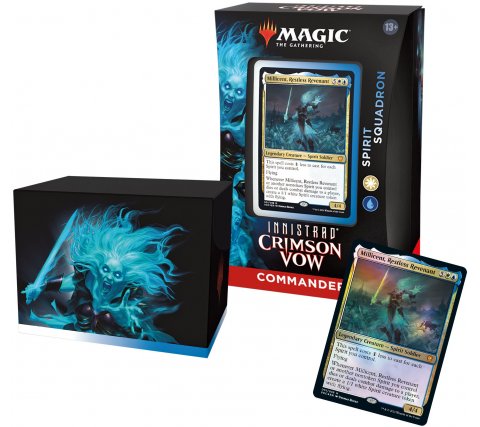 This is the complete set of the two commander decks from Innistrad: Crimson Vow!

For Innistrad: Crimson Vow, Wizards of the Coast comes with a set of two brand new Commander Decks! Commander (formerly EDH) is a Magic: the Gathering game type where each player plays with a 99- cards deck, led by a Legendary Creature: the Commander. Apart from the 6 basic lands, a Commander deck may not contain double cards and in the card choice for the deck you are also limited to the colors of your Commander.

A deck also includes a foil-etched display commander. This card replaces the oversized commander card you got before. The display commander is printed on a much thicker material, is foil-etched and has the size of a regular Magic: the Gathering card. A wonderful replacement for your commanders on the battlefield!